Do Not Fear and Do Not Lose Resolve 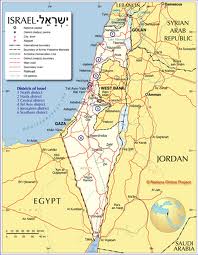 Hashem encourages Yehoshua in the first Chapter of the Book of Yehoshua to remain firm in his trust that the Land of Israel will be inherited by the Jewish people. He tells Yehoshua to be strong and courageous and that adherence to the Torah is what will guarantee success for the conquering and settling of the land.
It is important to always remember that no matter what is going on in the world or whatever threats there may be out there, we have a promise from Hashem that if we stick to the ways of the Torah, we will succeed in all that we do and be protected from all of our enemies. It is not a new thing that there are nations out there who want to destroy us (G-d forbid), in fact, we say every year in the Haggadah of Pesach, "Rather in every generation they rise up against us to destroy us, but it is Hashem who saves us from their hand."
So with that being said, we do not have to fear and we do not have to worry about anything or anyone, for Hashem is always watching over us. He only tells us to worry about following the ways of His Torah, and He will take care of the rest. Our Rabbis and Holy Books tell us that the land of Israel is the most conducive place to observe the ways of the Torah.
Through the revelation of the kedusha of Eretz Yisrael we will witness the destruction of the wicked. Not only will we be delivered from their hand, but we will see them suffer the very evil they sought to inflict upon us (Likkutei Moharan 55:2,3).
If a man is outside Eretz Yisrael, he has a soul of lesser celestial forces. If he merits entering Eretz Yisrael, a soul from a newly created source comes to him, and clothes itself with his old soul. The first night he sleeps in Eretz Yisrael, both souls depart from him and rise to worlds above, and in the morning, only the new soul returns (Chessed LeAvraham, Maayan 3, Nahar 12).
The motive for making the journey to Eretz Yisrael should be purely spiritual: To draw closer to G-d. A person who goes there with this as his aim will surely benefit. Merely by stepping foot on the Land, he will become merged with it and transformed by its sacred character. That is why, "One who walks four cubits in Eretz Yisrael will assuredly inherit the World to Come (Ketuvot)." On the other hand, if a person's motive has nothing to do with devotion to G-d and cleansing himself of his evil, than what help will the Land be to him? The Land will vomit him out "as it vomited out the nation that was before you (Leviticus 18:28)" (Likkutei Moharan 29).
Rabbi Yaakov Emden (The Yaavetz) writes in the introduction to the siddur, Beit Yaakov, "When it seems to us in our present peaceful existence outside Eretz Yisrael, that we have found another Eretz Yisrael and Yerushalayim, this is to me, the greatest, deepest, most obvious, and direct cause of all the awesome, frightening, monstrous, unimaginable destructions that we have experienced in the diaspora."
The Shela HaKadosh writes (at the end of Massechet Sukkah) "I will disclose something that has always troubled me greatly. I have seen Jews building homes like the fortresses of princes, making for themselves permanent, this worldly dwellings in impure lands. I have observed that it is their intention to leave theses homes as an inheritance to their children after them! This appears to be (G-d forbid) an abandonment of the idea of redemption. Therefore, even if G-d gives you wealth, build simple houses, to accommodate your bare needs, and no more."
Rebbe Nachman of Breslov says in the Likkutei Moharan, "Pray to G-d to give you desire and yearning for Eretz Yisrael. Then you will succeed in reaching there."
Posted by Yehoshua Goldstein at 5:25 PM