The Mitzvah to Live in Eretz Yisrael 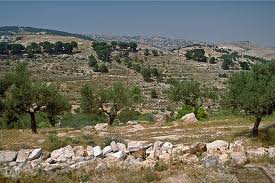 If anyone is looking for some good reasons to come and live in Eretz Yisrael, then read below:

"The air of Eretz Yisrael makes one wise"
(Bava Batra 158b)

"It is preferable to dwell in the deserts of Eretz Yisrael than the palaces of Chutz LaAretz"
(Bereshit Rabba 39:8)

"And remove from your heart this false belief that a man has more blessings outside the land"
(Alshich HaKadosh, Ki Tavo 28:6)

"Living in Eretz Yisrael is the equivalent of all the Mitzvot in the Torah"
(Sifrei, Parashat Re'e, Tosefta Avoda Zara 5)

"There is no happiness, but only when Yisrael is settled in the Holy Land"
(Zohar HaKadosh, Bamidbar 118a)

"He who lives in Eretz Yisrael should be perpetually happy with this Mitzvah, and all the suffering he experiences should be insignificant to him in light of his love for this Mitzvah"
(Pele Yoetz, Eretz)

"Anyone who dwells in Eretz Yisrael, the very Land attones for him"
(Sifrei, Haazinu)

"Only in Eretz Yisrael can happiness be complete; and it is also possible to sanctify oneself with great kedusha, something that is impossible in foreign lands"
(Rabbi Elimelech MiLizensk)

THE EVIL REPORT OF THE SPIES AGAINST THE LAND

They (the spies) brought back to the Children of Yisrael an evil report of the land which they had searched, saying, "The land which we investigated is a land which eats up its inhabitants."
(Bamidbar 13:32)

Rashi explains: "In every place we passed we found them burying their dead!" However, the truth was that the Holy One, Blessed be He, did this for their good, to involve them (the inhabitants of Canaan) in mourning to distract them from paying attention to the spies.

When the ten spies went out to spy the land, the souls of the ten corresponding tribes (the actual sons of Yaakov) came into them. This is the secret of what Yosef meant when he told his brothers, "You are spies (Beresheet 42:9)," to allude that in the future their souls would enter into the spies.
(Kitvei HaAri HaKadosh, Shaar Hagilgulim, Introduction 36)

So just the same way in which the brothers opposed Yosef and they further opposed the land, in our times some Jews oppose the Mitzvah of settling in Eretz Yisrael by perpetuating their abode in impure lands, thereby becoming contaminated by the ideals of the nations where they live in. And so it is that when Jews live in foreign lands, they become contaminated with the idea that material success is the main goal in life, and thereby they refuse to go up to Eretz Yisrael for it entails the risk of a descent in respect to their luxurious dwellings and their prospects for material success.
(Sefer Eretz Yisrael)

If you'd like to find out more about making the move, call my good friend Aaron Morgan:

Are you interested in obtaining financing for buying a property in Israel?
Are you considering transferring funds to Israel to purchase a property or for your aliyah?
Contact Aaron Morgan of Mortgage Israel for information.  amorgan@mortgageisrael.com.  +972-525-688-940.  From North America, call 1-416-855-9570.
Posted by Yehoshua Goldstein at 4:22 PM