When all the Banks Fall 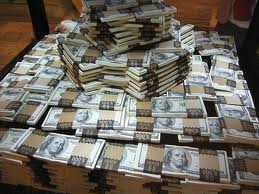 Message from Menachem, Tammuz 5770
I want to speak about The Golden Calf, and tell you that its end is very close. I want to tell you that it will all collapse and there will not remain any money or any coin that anyone can call money. The whole banking world will disappear for it is all built upon complete falsehood.
Once upon a time a person was able to make a purchase with a gold coin or a silver coin or some item of value, but now we almost don't see anything like this at all, just paper notes, credit cards and checks. All of a person's wealth is registered in some computer in the bank, and even if he is a millionaire, all he has to show for it is some large house, fancy car, etc. plus all of his credit cards and some large number written on his bank statement. But one day soon it will all disappear, the computers will stop working and there won't be any paper money left. Not only this, but the person himself will undergo a big "shock", because he has a car that needs gas – but the credit cards won't work, and he has a house that needs electricity – but this will also stop working. So then how is he a millionaire, with what?
The whole world of finance will fall because Hashem wants it to fall. The people who set it up have a lot of desire for money, for power and for honor and they built up a dream world. But it is really a dream world because it only exists in your dreams. The whole banking system is one big giant falsehood, and those who are involved in it are so deep into this falsehood that they actually think it is legitimate.
These deceivers are found in all different countries, including third world countries. They have all fashioned their own currencies, whether it be the Euro, the Dollar, the Sterling, it makes no difference what they call it, they are just pieces of paper that is printed at all times when they need more money. If the insurance agencies were found to have stolen too much money from their customers – no problem, just print more money to cover the deficit. And all the heads of state, the Parliament, the Congress, the Knesset, and anywhere else you may run to, they are all a part of this great big lie.
And who suffers? The simple people, who are not part of this club. 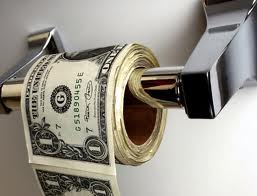 All the money will have the value of toilet paper, and this is no joke. When all the banks fall, the shock that will accompany it will be stronger than if a nuclear bomb would drop. For what would be if a nuclear bomb drops? A person would simply die. But when a person will enter into the reality that there is simply no money, no banks, no electricity, no doctors, no medical clinics, no markets – all the things that the person felt gave his life security – he will enter into complete shock. And what will a person like this do? He can easily loose his life, for he will not know what to do, how to live, who to go to for help… for he will not think of turning to Hashem! But we have said this time and time again, that the Jews who are genuinely trying to get closer to Hashem, they will be saved G-d willing and merit to see the days of Moshiach and have eternal life.
﻿Get more messages from the Autists at:
http://www.dani18.com/
http://www.messagesfromtheautists.blogspot.com/
Posted by Yehoshua Goldstein at 1:00 AM