Sefardim and Ashkenazim Together at Last

BS"D
New signs have just been put up all over Jerusalem with the opinion of both the leading Sefardi and Ashkenazi Rabbis on the subject of modesty - specifically the length of womens skirts.

To make a long story short, they both say that the absolute minimum length of a skirt should be at least halfway down between the knee and the ankle. It is absolutely forbidden to wear a skirt that is shorter than this length. T﻿hey also forbid the wearing of tight and stretchy skirts.

We have to realize that we are at the end folks. When the leading Rabbis of the generation have to put up signs telling women that their skirts have to go lower than the knee and shouldn't be tight and stretchy you know we have pretty much hit the bottom. You should know that it has already been said by our Tzaddikim of past generations that there would be terrible immodesty right before the Moshiach comes, and judging by the scene out on the streets, it really can't be that much longer.
See http://hazakweematz.blogspot.co.il/2012/03/whats-cooking-in-pot.html and http://hazakweematz.blogspot.co.il/2012/05/wwiii-war-on-holiness.html for what the Baal Shem Tov and The Chafetz Chaim predicted would be right before the end.

And for all you guys out there who are trying so hard to survive and hold on to some degree of holiness in this incredibly unholy world, know that the only way to survive is by guarding the eyes. If you don't see it, then you cannot desire it. I know it's not easy but remember the words of Shlomo Hamelech, "The Tzaddik falls seven times and gets back up." And Rebbe Nachman of Breslov teaches us to never despair and never give up, and that even if we have fallen to the lowest places, we can still at any and every moment call out to and find Hashem. Here is a game I made up to help me when I have to go out on the street, it's called "Don't Get Shot." Enjoy. 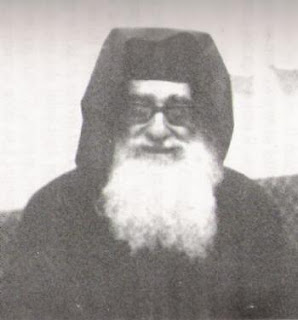 Have you ever played the game called "Don't get Shot?"

Here's how it works. Before going out into the street, say a small prayer asking Hashem to help you guard your eyes, so that you should not see any improper images that will filthy up and destroy your mind and heart. Then once you step outside, the game begins. You are walking through heavily guarded enemy territory where there are soldiers and snipers out to get you at every corner. You have to accomplish your mission of... (here you can insert whatever it is you need to do, go to yeshiva, go shopping, drop off the kids, etc.). Now the rules are, if you don't see the enemy, then the enemy cannot see you. But if you do look up and see the enemy, then you get shot. If it's a quick look then it is just a flesh wound, but if it is a long look with desire, you just got shot and it's game over.
Bonus level: Perfume is really poison gas that the enemy puts out to trap you. If you quickly exhale it out and cover your nose you will probably live, but if you inhale it and enjoy the smell... that's right, you just got shot!

The best part of this game is that it is just like any other game; as soon as it ends, you can just start over. Do not despair, just hit the reset button, say your prayer, restate your mission, and you are back in the game. The score is kept by how long you can go without getting shot.

I once read a story that the Baba Meir zt"l said to his attendant, that he has not seen a woman in over 40 years; he was 47 years old when he said this. I challenge anyone to try to beat that score.
http://hazakweematz.blogspot.co.il/2012/01/dont-get-shot.html
G-d Bless,
Yehoshua

Posted by Yehoshua Goldstein at 3:38 AM