Why aren't you eating the cheese? 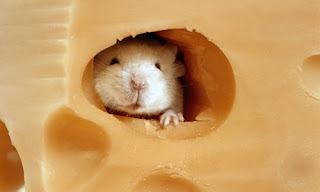 Once Rebbe Nachman went on a long wagon journey with his two closest students of whom he testified were the only two who had any real understanding of him at all, Rebbe Natan and Rebbe Naftali. As it was a long journey, they had to stop at someone's home to rest for a while. When they arrived at a certain house, the host was so honoured to have them that he prepared for them a very special cheese meal. Rebbe Natan blessed and began to eat, but he soon noticed that he was the only one of the three eating. To question the Rebbe was not an option or thought for Rebbe Natan; he did however turn to Rebbe Naftali and say, "Nu, why aren't you eating the cheese?" Rebbe Naftali explained that he too (like Rebbe Nachman) was suffering from tuberculosis, and it was known that dairy food irritated the condition and brought on severe and painful coughing (In fact Rebbe Naftali's tuberculosis was at a much more advanced stage than Rebbe Nachman's at the time). He concluded by saying, "If you tell me to eat the cheese, I will not listen, but if the Rebbe were to tell me to eat the cheese, then I would listen."
All the while, Rebbe Nachman was sitting and quietly listening. The Rebbe then spoke up and said, "Rebbe Naftali, eat the cheese." Rebbe Naftali, having perfect faith in his Rebbe immediately blessed and ate his fill of cheese. Only a few short minutes later, he began a very severe stretch of coughing. At this point, Rebbe Nachman spoke up again and said, "This cough is a whole different type of cough." After that, the coughing began to subside and eventually stopped. Then Rebbe Nachman concluded and said, "Until now, I thought that Rebbe Naftali was going to leave this world before me, but now I know that he will survive me." Rebbe Naftali in fact went on to live to the ripe old age of 85 years old... all because he ate the cheese!
Posted by Yehoshua Goldstein at 2:23 PM