The Concept of Modesty 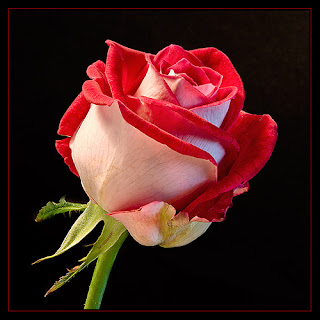 Modesty or tzniut is a very misunderstood concept in Judaism. It is not something that is necessarily defined by the clothes you wear, nor does it apply only to a woman, as we will soon explain G-d willing. When I looked up the actual word tzanua I found it to mean; decent, humble, modest and meek. I was thinking about it for some time, and it became clear to me that the whole concept of modesty only applies when you put G-d in the picture. That is, one has to be decent, humble, modest and meek in front of their Creator. Hashem then opened my eyes to find in Rebbe Nachman's writings something which I believe will help us tie all the above together for a much better understanding of the concept of modesty. Following is a translation of Sichot HaRan #136:
Rebbe Natan writes: I heard a further discussion on the lesson appearing in Likkutei Moharan 172 on the verse, "The whole world is filled with His glory (Isaiah 6:3)," from one of my companions.
The main thing is to nullify every one of your negative personality traits. You must strive to do so until you have totally obliterated your ego, rendering it into absolute nothingness before G-d. Begin with one trait and annihilate it completely. Then work on your other traits, one at a time, until they are totally nonexistent. As you annihilate all the negative parts of your own personality, G-d's glory will begin to shine through you and be revealed. It is written in Ezekiel 43:2, "And the Earth was alight with His glory." G-d's glory is like light.
The larger an object, the greater it's shadow. A thin rod casts a very small shadow, while a more substantial object casts a larger shadow. A great building will cast an even larger shadow. As more light is obstructed, a greater shadow is cast. The same is true of G-d's glory. The material obstructs the spiritual and casts a shadow. The denser the object, the deeper a shadow it will cast.
When you are bound to a negative emotion or desire, it obstructs G-d's glory and casts a shadow. G-d's light is then hidden from you. But as you nullify these emotions and desires, you also remove this shadow. And as the shadow departs, the light of G-d's glory is revealed.
When a person is worthy of annihilating the shadow completely and making it into absolute nothingness, then G-d's glory is revealed to all the earth. There is no obstructing shadow, and the light can shine through in all of its' glory.
It is written, "The whole earth is filled with His glory." 'Filled' is melo, which can also be read milo - from nothing. "From nothing is all the earth His glory." When there is nothing – nothing casting a shadow and obstructing His light – then His glory is revealed in all the earth.
Now I think we can get back to our explanation of modesty. The real idea of being modest in front of Hashem lies in making yourself bitul nullified in front of Hashem. Then we can fulfil our mission and the true purpose of creation which is to reveal G-d to the whole world.
With that being said, let us now apply this new understanding to clothing and how we dress. If we are wearing our clothes in order to reveal, accentuate, draw attention to and display our bodies, than we are doing the exact opposite of what is necessary to allow G-d's glory to shine through us. Instead of revealing Hashem through our dress, in this case we are using our clothing to in fact cast a bigger shadow which actually blocks out Hashem's light.
It should also be clear to us now, that this concept applies equally to men and women. It is not anymore a question of how long or short your skirt is, how tight and stretchy it is, or how long and flowing that wig you are wearing is for women, and similarly for men, how tight and fitted your suit is, how pointy and shiny your shoes are, etc. Now we can look at modesty with a whole different approach; and that is, am I putting on my clothing to draw attention to myself, which takes away the attention from Hashem, or am I using my clothing to cover and conceal my body which will allow Hashem's glory to fully shine through me. This should be the real question we ask ourselves every morning when we stand in front of the mirror and get dressed.
May we all merit being a fitting vessel to allow G-d's light to shine through us, and may we be worthy of seeing the fulfilment of the prophecy that the whole world will be filled with G-d's glory, Amen.
Posted by Yehoshua Goldstein at 9:20 AM